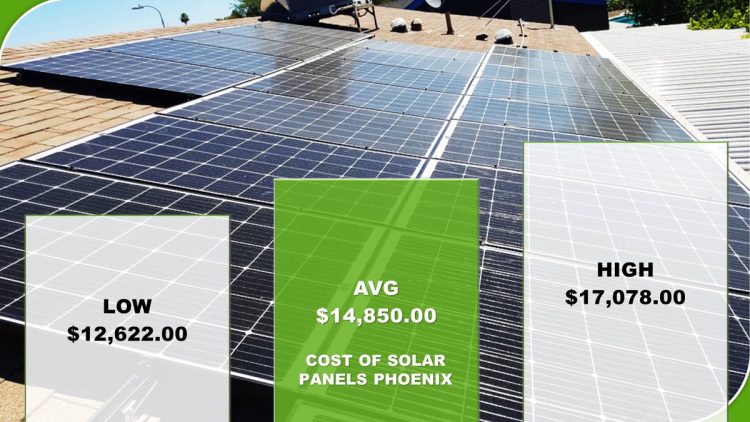 These estimated costs do not include the Federal Investment Tax Credit of 26%, the $1,000 Arizona solar tax credit, or other local solar incentives.

Solar Reviews says you can expect to pay about $2.58 per watt or $11,439 for a 6kW solar system. This cost is after claiming the 26% federal tax credit. Their prices are shown as follows:

Solar Estimate says, “The average cost of installing residential solar panels in Phoenix, Arizona in 2020 is $2.67 per watt. The average system size in the US is 6 kilowatts, which means the average price of a solar system in Phoenix, AZ is $13,350.” On their website, it says you can expect to save over $103,746 over the lifetime of your solar system.