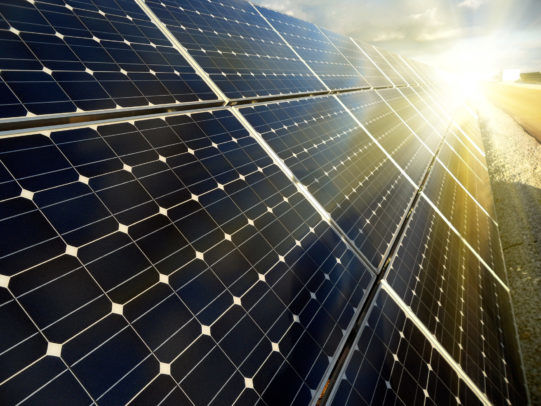 Fossil fuels come with environmental costs and fossil fuel resources are finite. That makes alternative energy a priority for governments and individuals.

There are several potential alternative energy sources. A few of the more mainstream options include geothermal, wind, hydroelectric and biomass. Solar energy, however, is probably most viable alternative.

It enjoys adoption across the globe and is under active research. That said, it’s not all sunny news.

Let’s jump in and look at the advantages and disadvantages of solar energy.

The Advantages and Disadvantages of Solar Energy

Solar energy is abundant and renewable. The sun constantly showers the earth with around 10,000 times more energy than we use. That means we must only capture a small fraction of the available energy.

Just as importantly, the sun will continue providing that energy for the foreseeable future.

Another key advantage of solar power is that it works in remote areas. That means rural areas with no connection to traditional power grids can get access to electricity. This is ideal for developing nations with poor power delivery infrastructure.

Home solar energy systems rarely use motors or even moving parts, which makes them silent.

The most obvious limitation of solar energy production is that it only works during the day. The energy the system captures during the day requires battery storage, which eats up space in the home.

This also creates a problem is the energy demands exceed the stored energy. Most homes still need a grid connection to augment their solar systems.

At the large scale level, there isn’t an infrastructure for distribution.

Existing grids need a steady supply of electricity. Solar power varies based on the season and weather. The present system also can’t adequately move power from, for example, China to the United Kingdom.

The global grid system needs a massive upgrade before it can cope with solar as a primary energy source.

Con: Less Effective in Some Areas

Some parts of the world get more sunlight. Desert areas, for example, offer the chance for huge solar production. The northern US or Canada would face constant power shortages because of limited annual sunlight.

Even if solar technology creates enough power for the whole world, fair distribution and pricing still pose a serious problem.

Parting Thoughts on the Advantages and Disadvantages of Solar Energy

The advantages and disadvantages of solar energy are many.

On one hand, solar energy is abundant and renewable. It’s ideal for bringing some electricity to rural areas. It’s also substantially quieter than other home energy production methods.

On the other hand, solar energy comes with problems. It doesn’t work at night, which requires energy storage.

The existing grid systems aren’t built for an uneven energy supply or energy distribution over long distances. This is a problem because some areas will never get enough sunlight to meet demand. That means fair distribution and pricing will become economic sticking points.

Alternative Energy, LLC specializes in solar power for the Phoenix area. If you’re interested in a solar system, contact us today for an appointment.